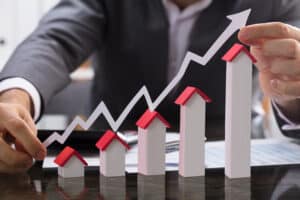 The housing market is currently what many analysts are describing as overheated. Demand continues to grow more quickly than supply can keep up with, meaning home prices keep reaching record highs.

According to data gathered by Redfin, two years ago, before the start of the COVID-19 pandemic, only around ¼ of properties were selling above asking. Now, the most recent data shows that home prices in March rose at the fastest pace in over seven years. The S&P CoreLogic Case-Shiller 20-city home price index went up 13.3% in March compared to a year before, making it the biggest jump since December 2013. That follows a 12% year-over-year increase in February. Many homeowners aren’t willing to sell, and that’s leading to bidding wars. As of the end of April, there were 1.6 million homes for sale in the U.S. That’s a 20.5% decline from the previous year. Homebuilders are being affected by high building materials costs, as well as soaring labor and land costs. New home construction dropped in April, after an earlier 15-year high. This is then paired with the 30-year fixed mortgage rate, which is around a 50-year low currently. 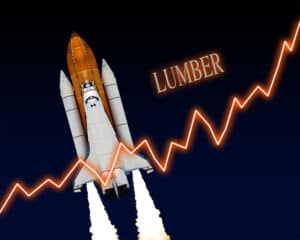 Analysts think there are a lot of factors that are pushing demand, including the continual effects of the pandemic. It’s still seeming to be the case that homebuyers are looking to leave apartments and move to the suburbs. There are also analysts that think what we’re seeing is currently just acceleration in buying patterns that would have happened regardless, but perhaps just not all at once. The median home price in May was up to $341,600, according to the National Association of Realtors. Interestingly, there are also now more real estate agents than there are homes on the market.

Which Cities Are Seeing the Biggest Price Gains?

There are certain markets in the U.S. that are even hotter than others. Phoenix tops the list. The city saw a 20% year-over-year price increase. San Diego wasn’t far behind, with a 19.1% price increase, and Seattle had prices that rose 18.3%. All 20 cities on the S&P CoreLogic index saw higher price increases in the year that ended in March as opposed to the one ending in February.

Will It Slow Down?

It’s possible that this summer we might see somewhat of a slowdown in the housing market. One big reason is the rate of vaccinations that’s occurring in the U.S. With more people getting vaccinated, they might be returning to old spending patterns, such as going on vacation or spending on entertainment. That could take some of the focus off homes and the real estate market. In fact, the number of people who signed a contract to buy a new home went down in May, and there’s been a decline in people applying for mortgages. New home sales dropped almost 6% in April. For those people who hope to enter the market any time soon, the best they might be able to wish for is that there will be some stability in pricing. Home prices aren’t likely to decline significantly any time soon, but they might even out somewhat.