Skip to content
The Ongoing Flight To Wide Open Spaces

The coronavirus pandemic has transformed our world in ways too numerous to count, not the least by sending millions of Americans home with a mandate to work remotely – and something unforeseen unfolded.

They competed for space in their own homes. They longed for home gyms, tennis courts, swimming pools and views, anything to take them outdoors. Cut off from theaters, restaurants, museums, even friends, many of the most gentrified city dwellers longed for rivers, mountains, beaches – wide open spaces with faraway neighbors and a not-too-terrible commute.

“So many buyers today want to move, or buy a second home, in places where they like to vacation,” said Leianne Messina, a career agent specializing in upscale properties with Coldwell Banker Residential Real Estate in the greater Atlanta area. “Boomers especially, many of whom gave up their large country houses to enjoy city life in smaller quarters, now want to move back to the suburbs, away from shared elevators and too-close neighbors.”

Millennials, too, Messina said, are competing for mid-priced properties away from the city as they see the choice to work remotely as a long-term probability. “There is much competition today for available homes in river and mountain towns like Blue Ridge and Dahlonega,” she said, “which are active arts communities with charming downtowns, and are also eminently commutable.”

The problem, she noted, is that most homes are selling as soon as they hit the market, and with inventory tight in the most desirable areas, worried city sellers often face the prospect of not finding a suitable place to move. 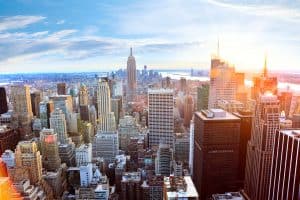 In New York City, an early epicenter of the virus, there was a mass exodus in the early spring.

“In the Hamptons, in Connecticut, in Palm Beach, for example, people couldn’t relocate fast enough,” said Bess Freedman, chief executive officer, Brown Harris Stevens, an upscale leader in all three areas. “Residents of the Hamptons who normally rent out their homes in summer while they vacation abroad were now unable to travel, sharply reducing the number of properties available to people who were anxious to leave the city.”

To some extent, Freedman said, urban flight is easing as the city begins to find its feet. “Museums, restaurants, some aspects of city life are coming back,” she said, “and kids have largely been able to return to school.” But the taste for life outside of the city remains unabated, Freedman added, especially the appetite for second homes.

“It’s too soon to say where all this will land,” she said. “But I can tell you that leases for next summer’s rentals in the Hamptons have already been signed, sealed and delivered.”

Elsewhere in the Northeast, there is still a concerted move to open spaces. “Many people are not only leaving the major cities, but they are also leaving the state for less-populated areas in Florida, Texas, Arizona.”

The continuing migration seems to represent changing values brought about by the prolonged pandemic, Forte said. “The desire for more space and more privacy is appealing to younger workers who are able to work remotely,” she said. “And also to people who are deciding to retire early in order to enjoy their ‘sigh-ation destination’ – their locale of choice – full-time.”

The situation is much the same in many Southeast regions. 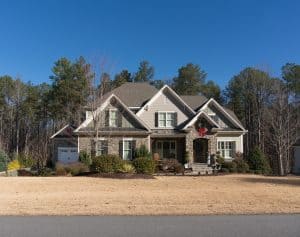 “Here in North Carolina, sales activity into the fall is crazy busy, with many buyers looking to get back to nature,” said award-winning agent Carolyn Grossman, Allen Tate Realtors in Charlotte.  Buyers from as far away as California, Texas, and New York are competing for a short supply of homes in wooded areas like Weddington, Grossman said, where the commute to Charlotte is under an hour and lovely homes on one-acre lots can be had for under $500,000. “I closed on one property today that had 18 offers in a single day and sold for $40,000 over asking price,” she said.

According to a recent Harris Poll, the increased time spent indoors during the coronavirus pandemic has prompted nearly 40 percent of adults who live in cities to consider moving to less populated areas.

How many of those adults are taking the leap is not easy to calculate. But given the desire to relocate, the opportunity to do so, and the increased buying power that comes with markedly low interest rates, the real estate market seems headed to chalk up one of the busiest fourth quarters in decades.

“I’ve developed a marketing slogan that says it all,” Messina said. “I find joy on my property and at my table, and not on the interstate or the internet.”

Get in Touch
Go to Top