The Housing Market Continues To Cool. What Will This Fall Be Like? 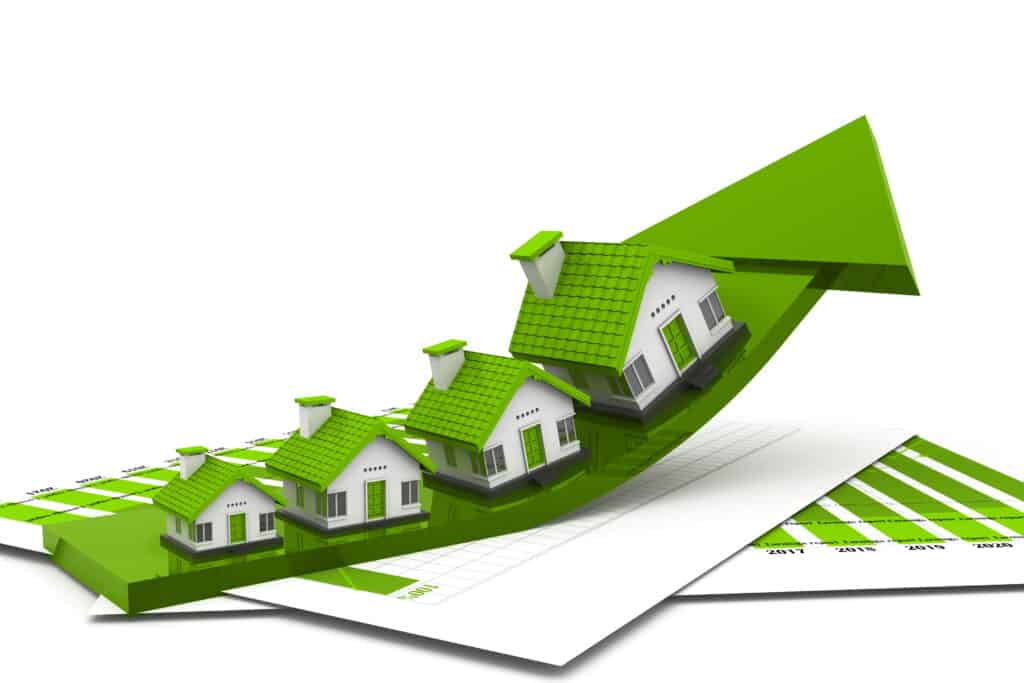 The forecast for the coming months is lower temperatures—and a cooler real estate market, if only by a few degrees. The housing market is expected to shift to something closer to normal this fall, real estate experts say. They anticipate more homes will go up for sale, helping to slow down the unparalleled price increases and bidding wars of the past year.

But the market is likely to remain highly competitive, as there will still be many more buyers than homes to go around. “We’re going to exhaust the pool of buyers who are still sitting on a lot of cash looking to buy their next home,” says Realtor.com® Senior Economist George Ratiu. “The market does not have a magical way of sustaining this pace [of price growth], because you’re going to run out of people who can afford it.”

However, that doesn’t mean that home prices, whose national median hit an all-time high of $385,000 in the week ending Aug. 14, will fall. In fact, prices increased 8.6% year over year that week. But that’s significantly less than the 17.2% annual rise in April. Going into the end of the year, prices may rise a more modest 5% to 6%, says Ratiu.

“The shift in the housing market will make shopping for a home a lot more tolerable than it has been, because consumers will actually have time to properly think through their decision and won’t be in as fierce of bidding wars,” says Ali Wolf, chief economist of building consultancy Zonda. “Going into fall, buyers may not need to pull out all the stops to win a house, like removing the inspection contingency or waiving the appraisal contingency.”

More homes are expected to go up for sale in the second half of the year. The influx won’t be nearly enough to put a dent in the dire housing shortage that’s the main reason for the record prices, but it may help curb the wild price growth.

“It’s still going to be a very strong housing market. Demand is still going to be well in excess of supply,” says Greg McBride, chief financial analyst at Bankrate.com. “It just won’t be as frenetic as what had been experienced earlier in the year.”

In June, there were 2.6 months of housing inventory for sale, according to the National Association of Realtors®. That’s an improvement from 1.9 months in January. However, a balanced real estate market has between 5.5 months and six months of homes for sale.

“We’re seeing the gap narrowing between demand and supply,” says NAR’s director of housing and commercial research, Gay Cororaton. But it isn’t going to even out anytime soon. “There’s still a huge, huge gap.”

The fall homebuying season is likely to be busier than usual

One thing that won’t return to usual is the pace of sales. Usually, the market begins slowing down and prices even dip in the fall; families typically prefer to get settled before the school year begins. But this year, the COVID-19 pandemic threw off the normal timing, and activity is expected to stay brisk after summer’s end.

“I expect an unusually busy fall season,” says Ratiu. After all, more homeowners are vaccinated and feel comfortable holding open houses, although the delta variant of the coronavirus could change this, or they just can’t delay their move. “Sellers are putting homes on the market. Normally this activity happens early in the spring.”

Demand is likely to stay strong as well—even though many buyers are frustrated or simply priced out. More millennials are hitting their prime homebuying years, and builders have been unable to ramp up construction to keep up with the growing population. With rental prices also hitting new heights, many people are seeing that it’s cheaper to buy than to continue to lease a home.

Plus, mortgage interest rates are still hovering around record lows. The fear of missing out on what could be a once-in-a-lifetime deal will likely entice additional buyers. (Rates averaged 2.87% for 30-year fixed-rate mortgages in the week ending Aug. 12, according to Freddie Mac data.)

Watch: A Look at the Hottest ZIP Codes in America for Real Estate in 2021

And not every home will be affected by a slowdown.

“Don’t expect deals in the fall if you are house hunting in the most desirable part of a market or competing for a particularly nice house,” says Zonda’s Wolf. “Homes that stand out for one reason or another are still flying off the shelf.”

But overall, most buyers may not be as willing to pay top dollar and waive inspections and contingencies for less-than-spectacular homes that would have sold for $100,000 less just a year ago. There aren’t many regular people (as opposed to investors) who can pay all cash for a home. And there likely aren’t as many remote workers fleeing expensive cities and heading for cheaper parts of the country at this point in the pandemic as there were in the beginning.

“We are definitely shifting from an extreme excess of demand to a more moderate excess of demand,” says Ken Rosen, chair of the Fisher Center for Real Estate and Urban Economics at the University of California, Berkeley. But “it’s still going to be a seller’s market.”

In addition, many first-time buyers can’t afford to pay over the list price of a home if it doesn’t appraise for that much, says mortgage broker Rocke Andrews, of Lending Arizona in Tucson. They don’t have the extra cash to make up the difference.

The emergence of the delta variant is also spooking some buyers who worry about the stability of their jobs.

This could help to explain why the number of purchase mortgages (which don’t include refinances) dropped 18.7% year over year in the week ending Aug. 13, according to the most recent Mortgage Bankers Association data.

The market “will be nothing like the panic we saw” going into the fall, says Rosen. “It already is more orderly in many, many markets.”

Many folks have been anticipating a wave of foreclosures to sweep the country as moratoriums to protect struggling homeowners expire. However, it’s not expected to be nearly as severe as what happened during the Great Recession, or lead to an influx of homes going on the market.

Homeowners who haven’t made mortgage payments during the pandemic make up just a fraction of the housing stock—just 3.26% of mortgages were in forbearance as of Aug. 8, according to the most recent data from the Mortgage Bankers Association. Many of these folks will resume payments or work something out with their lenders. But at least some of these 1.6 million homes will hit the market.

Those homeowners who can’t resume their monthly payments and have enough equity in their properties can avoid foreclosure by putting their homes on the market. With prices at these levels, they may even walk away with a profit, and it won’t damage their credit.

“The middle-class and the upper-income groups won’t even notice the wave of foreclosures because it won’t be in their neighborhoods,” says Norm Miller, a real estate economics professor at the University of San Diego.

Lower-income homeowners who lost their jobs during the pandemic and don’t have much equity will likely be the ones who go into foreclosure. Their homes are expected to be in the lower-third price tier.

The number of foreclosures and how quickly they go up for sale are expected to vary from state to state. Some states have protections in place for homeowners that can delay proceedings significantly.

Some first-time buyers will scoop up these properties as the previous owners are forced back into the rental market. But the bulk are expected to go to investors, says Miller.

Investors are expected to keep home prices strong. During the pandemic, more institutional investors, such as pension funds and financial firms, have bought up single-family homes to turn them into rentals. Many can buy in bulk and pay in cash. That’s likely to continue.

“This is going to lower the homeownership rate a little as [these residences] become rental units,” says Miller.