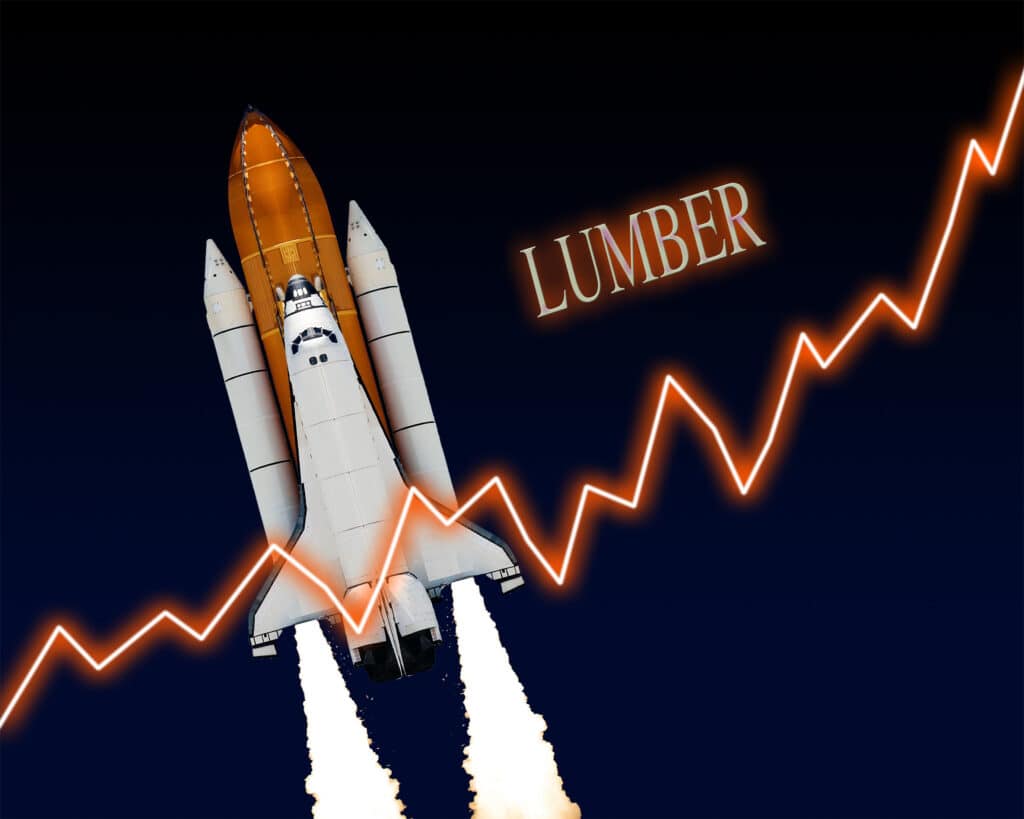 While there are signs that Canada’s booming housing market is cooling from the peak it reached in March 2021, home renovation continues to be hot. But like the cost of housing, high prices for building materials in North America are creating an affordability challenge for those who want to upgrade their homes.

Although renovation spending dipped early in 2020 due to the economic impact of the pandemic, it has since recovered and IBISWorld forecasts it to rise by 3.3 per cent in 2021. But soaring construction material prices are having an impact.

RLB’s Quarterly Cost Report says construction costs are up by 4.57 per cent in Calgary and 5.99 per cent in Toronto compared to this time last year.

What does that mean for homeowners?

“If you are going to build a deck this summer, you will be paying three times more for your lumber than you would have two years ago,” Paul Jannke of Forest Economic Advisors told CTV’s Pat Foran.

A survey by Leger for Re/Max Canada found that most homeowners are renovating their homes for lifestyle reasons, rather than to increase the value of their homes or because it needs an essential alteration due to pandemic lockdowns.

“The notion of the home as an investment continues to be an important consideration for Canadian homeowners. However, they clearly value the home for what it is meant to be: a place to live and enjoy spending time,” says Elton Ash, regional EVP at Re/Max of Western Canada. “The pandemic has influenced virtually every aspect of our lives, including what Canadians want and need in a home.”

Ash says uncertainty during the pandemic also prompted many potential sellers to renovate their homes instead of putting it on the market. Rapidly increasing housing prices also likely pushed sellers to the sidelines, which also tightened resale market housing conditions.

“As we’ve seen over the past year, strong sellers’ markets continue to dominate many regions across Canada, with homes selling in record time and at record prices,” says Christopher Alexander, Re/Max of Ontario-Atlantic Canada regional EVP. “While the impact that specific renovations have on ROI will vary by regional conditions, the market has generally shown us that you can’t go wrong with anything that improves your home in any way.”

Re/Max also surveyed its brokers, who said that minor improvements such as adding fresh paint and landscaping would provide the most bang for the buck for sellers. However, for more extensive projects, 65 per cent of real estate brokers interviewed said that kitchen upgrades, including cabinets, countertops and appliances, would yield the highest ROI. Eighty-seven per cent of brokers said that kitchen renovations are the top home improvement that buyers are seeking.

The Re/Max survey of consumers found that 33 per cent of respondents consider themselves capable of doing their home improvement jobs themselves, without professional help.

The addition of a swimming pool has long been considered one of the least likely projects to pay for itself in ROI – and some say having a pool could actually reduce the resale value of a home. But in a pandemic world, Re/Max brokers in Ontario noted a strong preference for expanded backyard spaces and improvements such as pools. Re/Max says it doesn’t believe this is a permanent trend.

Online renovation marketplace HomeStars also conducted a survey and found that almost three-quarters of homeowners are planning to do some home improvement in 2021.

“Despite the pandemic, last year was incredibly busy for renovations as we’ve seen first-hand with our pros and homeowner service requests and there’s no sign of it slowing down anytime soon,” says Shir Magen, CEO of HomeStars. “With all this extra time at home, Canadians are investing in their spaces by making repairs, adding functionality or simply to ‘spark joy’ in the new normal we’re living in.”

The company’s survey found that outdoor work, including landscaping and decks, are currently the most popular renovation projects. Bathroom renovations were next, following by kitchen upgrades. The majority of respondents (46 per cent) said they would spend $1,000 to $10,000 for their reno, which the company points out is “essentially the cost of an annual family vacation”.

How are Canadians paying for these renovations? Most are paying out of their personal savings, with many homeowners adding to their savings accounts because they have not been able to spend on travel, restaurants and other non-essential activities during lockdown.

CIBC says 34 per cent of homeowners it surveyed have renovated their homes during the last year, and 71 per cent of them funded the project with savings.

“It’s a positive sign that many homeowners are using cash versus debt to fund renovations – we’re seeing prudent financial behaviour from this group,” says Carissa Lucreziano, vice president at CIBC Financial and Investment Advice. A home equity line of credit is another common way to fund renovations, but bank surveys say a lot of homeowners don’t understand how they work. However, the low interest rates that are helping drive the housing market could also fuel more home renovations.