Skip to content
National Association of Realtors® comes to Boston!

The National Association of Realtors® comes to Boston! 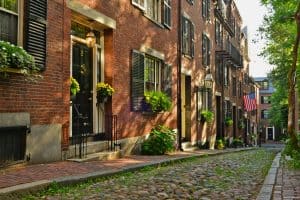 For the first time since 1929, when the event used to take place in the summer, the National Association of Realtors® (NAR) Annual Convention is in Boston!  And the Red Sox were kind enough to clinch the World Series in only 5 games, having less impact on the city during the gathering of the largest trade association in the country.

Over 20,000 Realtors® will come to Boston to participate in the REALTORS® Conference & Expo, charitable events, education classes, and special events, including the General Session with Mark Wahlberg as the keynote speaker.  According to NAR, “A committed philanthropist, the film star has founded The Mark Wahlberg Youth Foundation to benefit inner-city children and teens, was inducted into the Boys & Girls Clubs of America’s Alumni Hall of Fame and has received the Bob Hope Award from the Medal of Honor Society for his work in supporting our military.”  This will be a session not to miss!

As we highlight our city to the REALTOR® world, check out this video of how Realtors® from other parts of the country think we pronounce the names of cities and towns in Massachusetts and enjoy a good laugh.

What has the Massachusetts REALTOR® Association been doing?

The Massachusetts Association of Realtors® completed its 2017-2018 legislative session this past August. Two important topics that Realtors® stood up for in Massachusetts, according to the MAR website:

Realtors® successfully advocated against numerous different proposals that would require a home energy score before an owner could list a home for sale. Such a policy would disrupt the real estate marketplace by complicating and delaying home sales, negatively impacting those who do not have the resources to invest in energy efficiency, and would replace a successful program with a state mandate that would punish many homeowners in the Commonwealth. This session, legislators and Governor Baker filed five separate bills and two amendments that would have implemented a mandatory home energy scoring program. Realtors® advocacy efforts were successful in impeding the program each time. 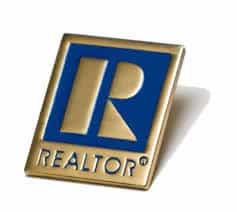 This session saw four bills that sought to allow municipalities to implement transfer taxes on the sale of real estate. One of the bills went so far as to create a framework to allow cities and towns to opt in to the proposed new tax. Once again, Realtors® defeated these proposals that would single out homebuyers and sellers to pay taxes that would benefit the entire community.  With the so-called Millionaires Tax no longer on the ballot, some elected officials will be looking for new ways to create new revenue in Massachusetts.

What about at the National level?

At the national level, Realtors® advocated for maintaining the mortgage interest deduction from federal taxes, which was slated for removal in some versions of tax reform.  The mortgage limit is smaller, and a larger standard deduction will lead to fewer taxpayers that choose to itemize, but the deduction remains thanks to the effort of Realtors® around the country.

Welcome to all the REALTORS® coming to Boston!  We hope you enjoy our city.  Here is a unique view of Boston in a blink!

I Love You Boston from Bodhi Films on Vimeo.

Are you thinking about buying or selling in Worcester County, Massachusetts?

I am a local expert and am here to help guide you through your home buying or selling experience.

Connect with Me Today!